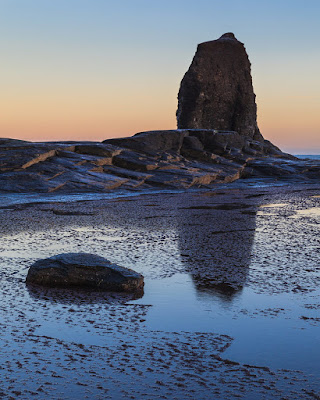 Saltwick bay is located on the East coast of Yorkshire just a short walk from Whitby.

Why visit Saltwick?
Saltwick Bay appears to be a beautifully sculpted bay that offers glorious views out to sea. The Bay is actually packed with history and astounding geological features that make it a place you must visit and see for yourself.
Access to this breathtaking walk is via Whitby Holiday Park where there are steps leading down to the beach. You should, however, check tide times to ensure you don’t get cut off and be wary that the steps can get slippery in winter.It is also good advice to be very careful at the base of the cliffs as rock falls are common, with loose fragments of shale falling regularly. 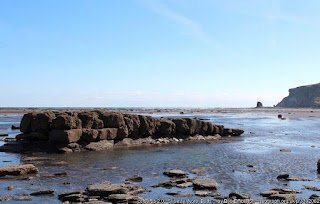 History.
The first alum mine on the East coast was opened by Thomas Challoner in the 16th century due to the good old Henry VIII’s famous reformation! Why? Well, because before this Britain had sourced this essential chemical compound from Italy, and the industry was under papal control. On breaking with Rome and the Catholic church our supply of alum was halted.
It wasn’t until 1649, however, that a supply of alum was discovered in Saltwick Bay. This discovery was thanks to Sir Hugh Chomley who subsequently opened a mine there with the help of highly experienced Italian Alum workers.
In 1673 permission was given for a harbour to be built to aid in the transportation of alum. It would mean that no longer would they have to transport their wares to Whitby before shipping it out. Soon after in 1770, an alum house followed, being built on the southeast side of the quarries.
In 1791 the mining ceased at Saltwick Bay, probably due to alum being replaced by the creation of aniline dyes. These dyes contained their own colour fixative making alum redundant. Though the mining ceased, proof of the existence of the quarries and harbour still exists in Saltwick Bay today.
Wrecks at Saltwick Bay
Admiral Von Tromp Throughout history, the sea has proved to be a cruel mistress time after time claiming ships and lives in abundance. However, in the case of the trawler the Admiral Von Tromp this may not have been the case. You see, the sinking of this ship has proved to be a bit of a mystery that the sea herself may not have been responsible for!
On the 30th June 1976, the Admiral Von Tromp left Scarborough Harbour with a course set for Barnacle Bay. However, tragically this ship would never make its destination, instead, it would run aground on rocks at Saltwick Bay. 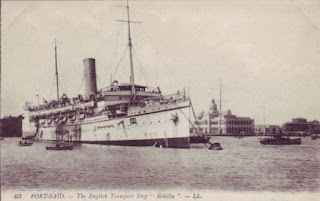 The HMHS Rohilla also made its final resting spot here in just as tragic, but altogether different circumstances to the Admiral Von Tromp.
At 4 am on the 29th October 1914 the HMHS Rohilla struck rocks at Saltwick Nab with 229 people onboard. It had been headed for Dunkirk on a route that would take her down the East Coast, a route that could be fraught with danger. German subs and mines were scattered along this coast, and to make things even more difficult the captain was new to navigating the rugged North sea.
As the HMHS Rohilla made its way along its route, a coast guard on duty in his shelter located on the cliffs noticed that she was heading for Whitby Rock. This was a treacherous section of reef system that would be the end of the Rohilla. 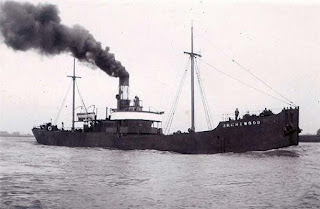 The Brentwood was a trawler that was struck by a German mine on the 12th January 1917. It sank in just an astounding four minutes due to the amount of damage sustained by her fore.
The Master and thirteen of her crew survived this sinking whilst just two people, the 2nd mate and fireman, who were on watch at the time went down with the ship. Those rescued were picked up by the SS Togston and taken to Sunderland.
The SS Brentwood can only be reached by those able to dive competently. It is upright at the bottom of the sea but broken into two section. 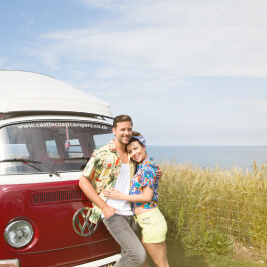 Where to stay to enjoy the views and the beauty of Saltwick Bay.
Whitby Holiday Park has a wide selection of contemporary, high quality holiday homes available for hire as well as to buy. The park also offers a large, cliff-top touring area, with grass touring pitches for tourers and motor-homes. All pitches are supplied with 16 amp electric hook-ups and have good access to park facilities.The Holiday Park welcomes customers on to its Touring Park. This cliff top area, with its great views of the North Sea & Whitby Abbey, has grass pitches & 16 amp electric hook ups. The area is served by a Toilet & Shower Block & has access to all the park facilities. Whitby Holiday Park has Static Caravans for Sale and offers competitively priced site fees, with a 10.5 month season. There is access from the park to the nearby Saltwick Bay beach for families and dog owners. Modern park facilities include a well equipped Laundry, Park Shop (open daily), and a Cafe serving homemade snacks & beverages. A Family Club & Bar is open during the main season offering great evening family entertainment.

A Sunny Day In WhitbyYour nearly at the end of your stay.  You've run out of things to do.  You've already ... 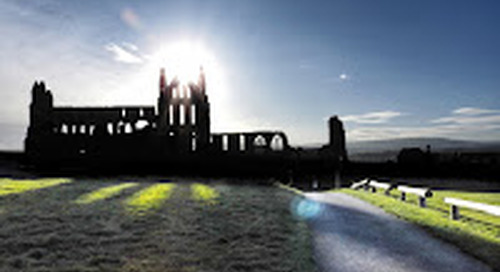