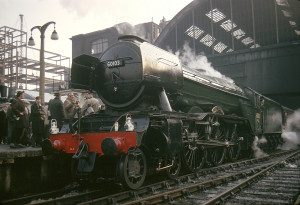 This beautiful locomotive was built in Doncaster on 24th February 1923. It was built to be used on the London and North Eastern Railway lines.
Its original name was the "Pacific" but after its journey from Londons King Cross to Edinburgh Flying Scotsman express the name we all now know stuck and so it became the Flying Scotsman. The Flying Scotsman was designed by Sir Nigel Gresley and was classed as one of the most powerful engines of its time.
The Flying Scotsman was restored to a cost of £4.2m and made its celebratory journey home as the oldest mainline working locomotive. It was restored in it original colour of BR Brunswick Green.
You can see the Flying Scotsman at the National Railway Museum upto the 7th March before it starts it tour around the country and returns to the museum on 25th March for the final event that is being held at the National Railway Museum York called Stunts, Speed and Style celebrating the this the most famous locomotive.
At the National Railway Museum you can also see and look around many other trains - whether they are steam or diesel making it a great day out for all the family as well as the train enthusiasts out there who know their stuff and enjoy looking around these magnificent engines.
You can either travel there by car which takes approx 1 1/2 hours, or you can get the train from Scarborough to York and the National Railway Museum is located just behind the railway station. 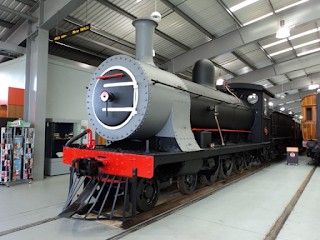 The Museum is signposted from the train station:
If you travel by car to the Museum then the visitor car park is situated on Leeman Road and the charge is £9 per day. Accessible parking is free. The postcode you need for your Satnav is YO26 4XJ.
You can make a great day out from visiting the Museum and make some memories as a family.
Claire Carlton 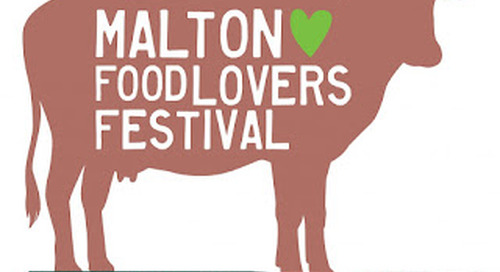 Malton's Food Lovers FestivalIf you are a lover of food, and like to try all sorts of different wonderful t... 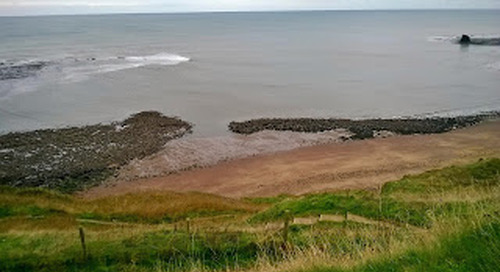